64 THE MEAT GRINDER. A huge, donkey-sized antique meat grinder is in the center of the room. It is actually a creature that is just shaped like a huge meat grinder. It has claws on its feet, a monstrous hand at the tip of its handle, and teeth in its intake funnel. 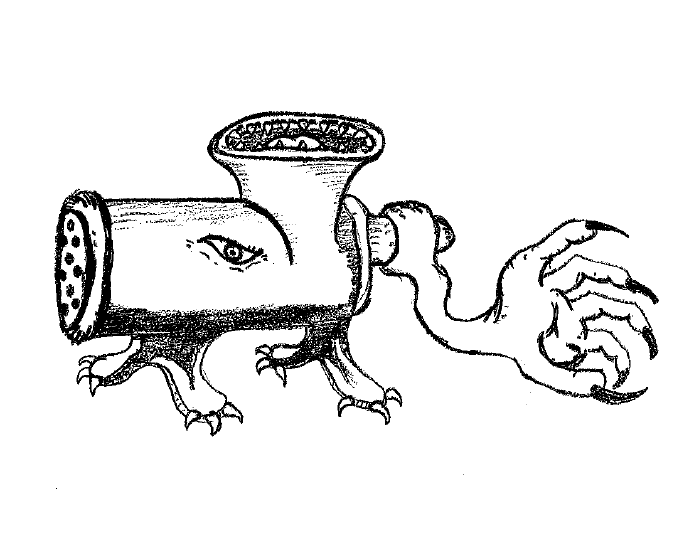 On a successful hit, it has grabbed a character and stuffed the individual into its funnel, where it will do 1d10+10 damage automatically until either it or the victim is dead. The gutter gremlins throw walnuts at it, which it eats instead of them. This will also work for adventurers.
Posted by Darnizhaan at 9:00:00 AM