These large white and red insects are very aggressive. They get their name from their tendency to fly straight at an opponent, attacking as a 4 hit die monster on their initial attack. Nests are usually made out of a paper-like substance they regurgitate. As with giant wasps, a successful strike with fire will burn off their wings. 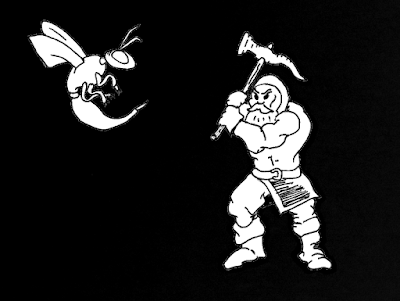