The cross worm is most commonly found in ruins or underground labyrinths, although it is possible to encounter them in vile sewers. They normally eat rodents and other small vermin, but are non-discriminatory and will attack even creatures as large as a horse when hungry.

These huge, fat, pink carnivorous worms get their names from a purple cross on their head. They attack with a dangerous bite or by spitting a thick wad of webbing at a target up to 3”, requiring a “to hit” roll. On a successful hit, the target will be immobilized. Characters of 18 or greater strength can shrug off the webbing in less than one round. Any character with 17 or greater strength can break free in 1 melee round, a 16 strength requires 2 melee rounds, and so on. Very large creatures such as giants and elephants are so huge they are effectively immune to this attack. 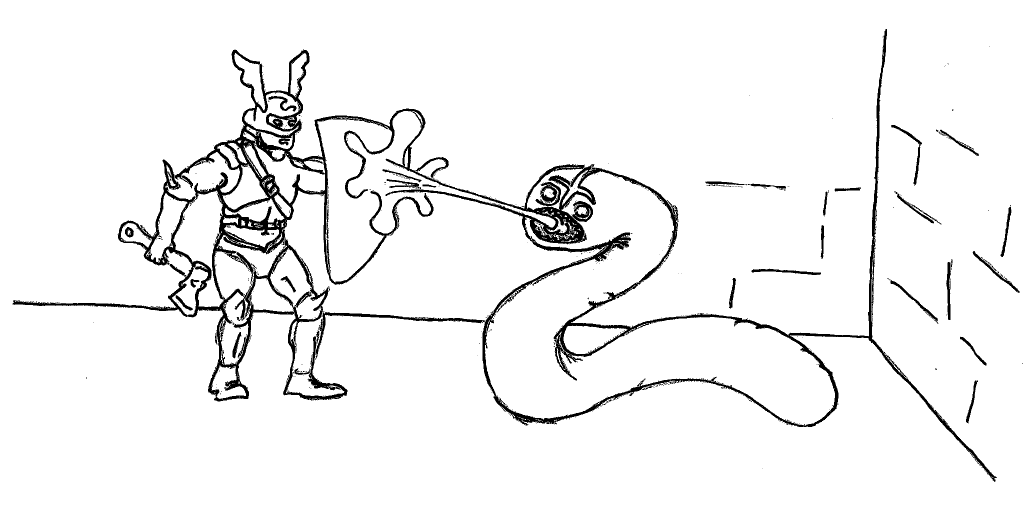 The cross worm secretes a waxy substance smelling of vanilla beans through their skin, and they give off a strong odor of vanilla. The sudden appearance of this odor may give savvy adventurers a clue that a cross worm is somewhere nearby. Some people claim that this wax can be used as a topical agent to cure people with a bad complexion.
Posted by Darnizhaan at 7:00:00 PM