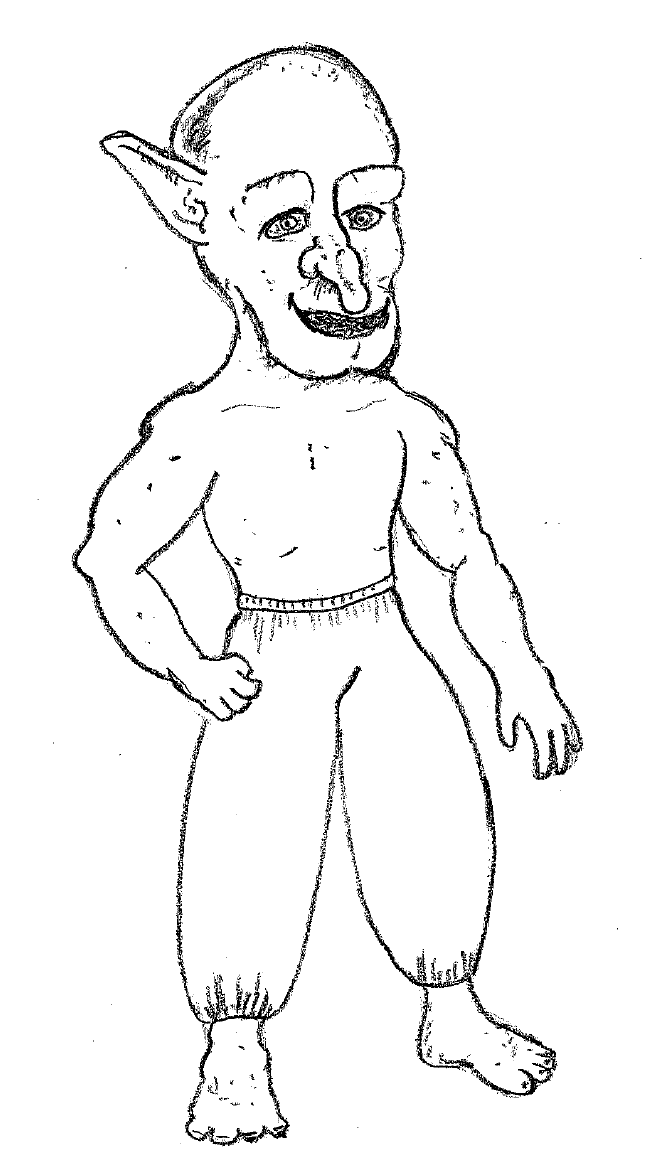 These mischievous miniature goblins are also known as roof runners or ledge leapers. They can occasionally be found in cities where they are a great nuisance as they may throw fruit, acorns, or snowballs at people as they pass by. Gutter gremlins enjoy teasing, insulting, and distracting the wealthy and powerful, or those who are prideful or ill-tempered. Adventuring parties that venture into their territory will suffer nuisance attacks such as having their bow strings removed, food stolen, syrup or glue poured into sword sheaths and quivers, and so on. In general, treat such activities as a pick pockets thief ability, with gutter gremlins having the skills of an eleventh level thief (90% base chance).

Despite their small size, gutter gremlins may jump as far as 20 to 30 feet, always landing safely. They have overlarge ears which prevents them from being surprised. They may become transparent at will, treat this ability as being able to hide in shadows at an 70% success rate. They may use ventriloquism, clairaudience, and audible glamer spells as often as they like, as if they were spellcasters of the eleventh level of ability. They can create darkness in a 15' radius once per day and can themselves see even in complete or magical darkness as well as humans see in sunlight. Like an insect or spider, they can walk up vertical surfaces and even hang suspended from ceilings by their feet or hands.

Gutter gremlins are not particularly friendly or even polite, but on occasion they will trade reliable information for red wine or fresh milk, which they adore. They have a deathly fear of domestic cats (automatic morale check failure).
Posted by Darnizhaan at 12:00:00 PM